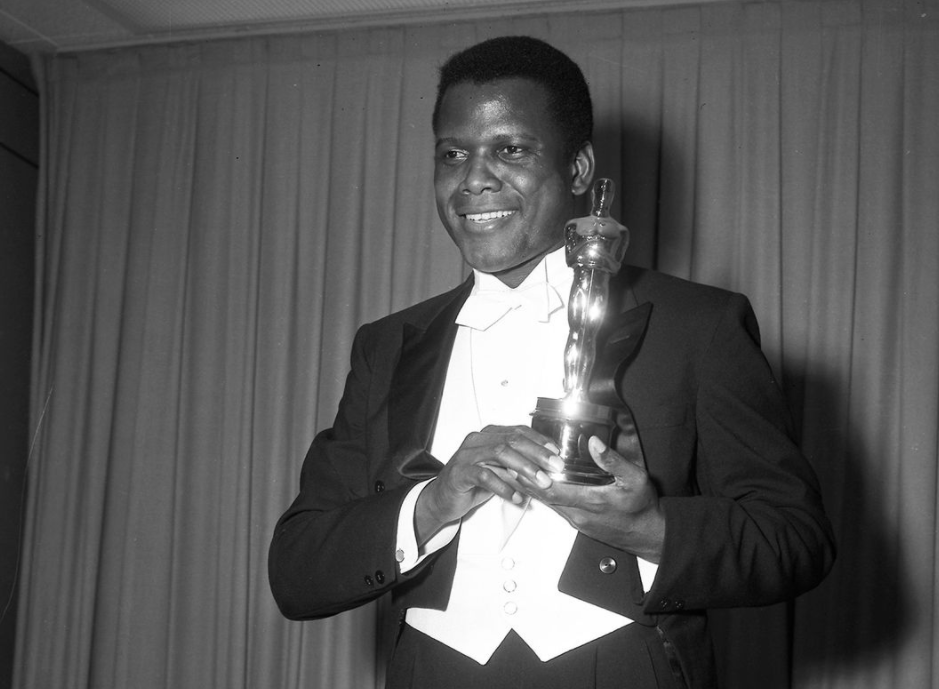 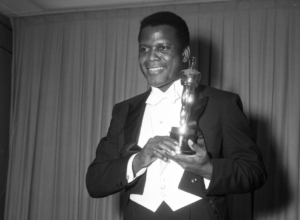 In 1964, Sidney Poitier made history as the first Black man to win an Academy Award for Best Actor. He was recognized for his role as a construction worker in Lilies of the Field (1963). This put Poitier on the path to higher levels of success and impact for years to come. Now, the world is honoring the work of the legendary icon as he celebrates his 94th birthday this year.

During an interview, Sidney shared insights on his success. “I’d like to say only that I have been very lucky in the picture business. I’ve been working with a degree of consistency compared to a lot of other actors, I never stopped.

Poitier was born on February 20, 1927, in Miami, Florida while his parents were visiting from The Bahamas. He grew up on Cat Island in the Bahamas and returned to Miami as a teenager to live with his brother.

According to Business Insider, Poitier had a hard time finding employment in the United States. He decided to enter the army during World War II. Then, he applied to the American Negro Theatre (ANT). After receiving a rejection due to his accent, Portier spent time learning how to read and study his craft. Six months later, he was accepted into ANT. He worked as a janitor in exchange for acting classes. After taking advantage of various production opportunities with ANT, Portier made his Broadway debut in Lysistrata.

Poitier is known for breaking down color barriers in the motion-picture industry, gaining recognition as the nation’s first Black movie star who redefined how African Americans were portrayed on television.

Poitier became the center of many headlines. In a 1968 article, Variety noted Portier’s mature character development that was “a million light-years beyond” racial stereotypes of such earlier roles as the 1959 “Porgy and Bess.”

The Bahamian actor rose to success as the nation’s biggest film star in 1967, according to Vanity Fair. He dominated the Hollywood box office with three successful films: To Sir, with Love; In the Heat of the Night; and Guess Who’s Coming to Dinner. Despite the civil unrest that was hovering over the country during that time, Poitier earned a spot as one of the most loved actors in Hollywood.

Over the years, Portier has made a name for himself as an actor, producer, and director. Although there are still barriers that exist in Hollywood, Portier has opened the door wider for others to follow. He’s been an example of what’s possible in Hollywood.