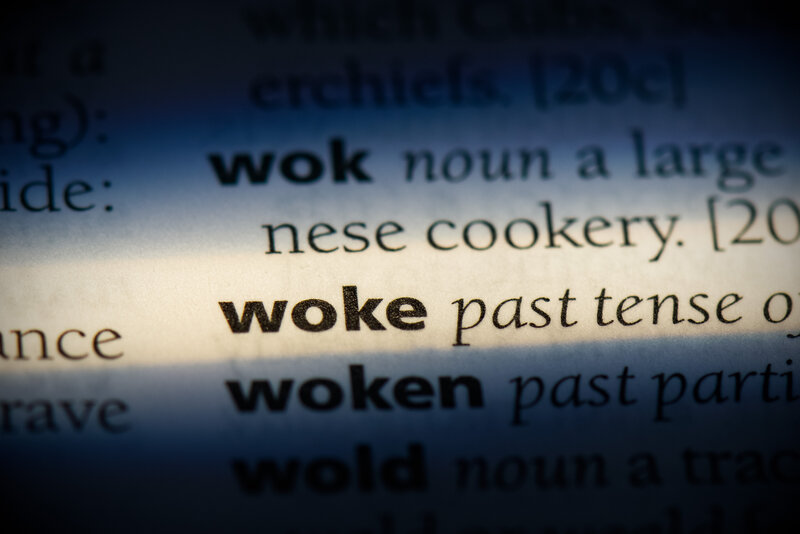 In 2020, former President Barack Obama warned that the phrase “Defund the Police” could become a dangerous rallying cry for the conservative right. But now, Republicans have apparently taken that warning one step further, declaring war on all things “woke.”

Allan Smith and Sahil Kapur of NBC News wrote that “Republicans, looking to dent President Joe Biden and win back Congress next year in part by rousing a voting base animated by culture war issues, have increasingly settled on a single word to describe what it is they stand against: ‘woke.’”

According to Smith and Kapur, “Conservatives en masse have blasted ‘woke’ companies that spoke out against Republican-led voting restrictions — a move that publicly aligned much of corporate America with Democrats on the issue, even if many of the businesses stressed their beliefs that access to the ballot shouldn’t be a partisan issue.”

But while the word “woke” may be a hot-button topic today, that wasn’t always the case. The term “woke” is said to have first become a part of African American Vernacular English (AAVE) in 2014 when activists began protesting the death of Michael Brown, a Black teenager who was shot and killed by police in Ferguson, Missouri. “Stay woke” was the reminder used to tell people they needed to be vigilant during Black Lives Matter protests since police were using considerable force against the protesters.

Since that time, the word has evolved from just a way to stay safe to become a broader social justice message.

“To be ‘woke’ is now defined as to be cognizant of racial and social injustices,” Smith and Kapur reported. But among conservatives, they wrote that being “‘woke’ has [also] been adopted as a term of derision for those who hold progressive social justice views. In particular, the word’s right-wing connotation implies a ‘woke’ person or entity is being performative or phony. It’s directly linked to language like ‘political correctness’ and ‘cancellation’ — which are also at the forefront of conservative messaging.”

Candis Watts Smith, co-author of the book, Stay Woke: A People’s Guide to Making All Black Lives Matter, told NBC News that she’s disturbed by the transformation the term has taken, saying, “When people talk about being woke or becoming woke, they’re talking about being well-informed and well aware of systemic oppression and injustice.” Smith said she’s also not surprised at what’s been done to the word since conservatives are “expert[s] at weaponizing language.”

Conservative attacks on “woke,” Black-supportive and socially aware comments have begun popping up all over the world of politics in recent months.

After his book was dropped by Simon & Schuster, Sen. Josh Hawley of Missouri said the “woke” mob wanted to prevent anyone from reading it.

“Former President Donald Trump, in a recent interview with Fox News, said the Biden administration is ‘destroying’ the country ‘with woke,’” Smith and Kapur reported.

“The word has appeared in dozens of Republican speeches, tweets and other statements of late,” they added. “Republicans said it is less a coordinated messaging push and more of an instinctive sense that the label would work as shorthand to denigrate a progressive worldview — and it’s a word they’re hearing from their voters, too, as it buzzes around conservative media.”

Sen. Marco Rubio of Florida is one of the biggest attackers of “woke” politics. In recent speeches, he has rallied against “woke corporate virtue signaling,” criticized Democrat’s “woke talking points” and “woke progressive craziness” and blamed many of the country’s problems on “woke cultural issues that tear at our national fabric” and “woke, toxic nonsense.”

Even some Democrats are beginning to theorize that, despite the word’s meaningful origins, it could be bad for future elections. In an interview with Vox, longtime Democratic strategist James Carville warned members of his party that “wokeness is a problem, and everyone knows it.”

“It’s hard to talk to anybody today — and I talk to lots of people in the Democratic Party — who doesn’t say this,” Carville said. “But they don’t want to say it out loud … because they’ll get clobbered or canceled.”

In an interview with Smith and Kapur, Seth Cotlar, a history professor at Willamette University in Oregon, said the attack on “woke” politics is another form of white supremacy and a way for white conservatives to push back against forms of change they don’t want to see in the world.

“To me, ‘woke’ is the idiom of white backlash in the contemporary political era,” he said. “It basically takes what is just a kind of normal, usual process of cultural change — which is always happening in modern cultures, especially our own — and it kind of pathologizes it. It gives it a name that you can attach to it that enables you to dismiss it.”