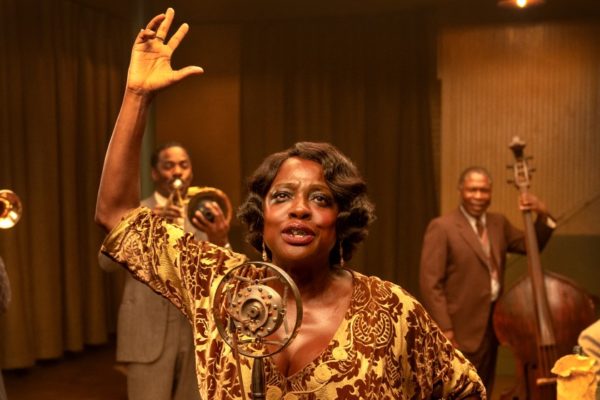 Following the week-long virtual experience, on Saturday, March 27th, the NAACP celebrated the stellar achievements of the 52nd NAACP Image Awards winners during a special LIVE broadcast on BET and simulcast across ViacomCBS networks including CBS for its first time, as well as BET Her, Comedy Central, Logo, MTV, MTV2, Paramount, Pop, Smithsonian, TV Land, VH1, BET PLUTO, and CMT.

The late Chadwick Boseman won the award for Outstanding Actor in a Motion Picture – “Ma Rainey’s Black Bottom”. Chadwick’s wife, Taylor Simone Ledward, accepted the award in his honor, encouraging fans to be proactive about their health and visit StandUpToCancer.org for more information about detecting the signs of colon cancer.

NAACP President and CEO, Derrick Johnson, presented NBA superstar, business entrepreneur, and philanthropist, LeBron James, with the President’s Award which was presented in recognition of a special achievement and distinguished public service.

Civil Rights Movement Icon Rev. D. James Lawson, was recognized with the NAACP Chairman’s Award during the ceremony. In his acceptance speech, he recalled a time in High School in 1944, where he went door-to-door soliciting memberships for his local NAACP chapter in Ohio.

Tonight’s LIVE show followed the week long NAACP Image Awards Virtual Experience, which invited fans to join the Image Awards in a celebration of “Black Excellence”–including the non-televised awards program, virtual red carpet, and a curated conversation series. The Virtual Experience additionally played host to the night’s post-show virtual afterparty which featured classic cuts by DJ Questlove, current cuts by DJ Kiss, and a Jazz Lounge performance by Robert Glasper and Lalah Hathaway. Fans can relive all of the Image Awards moments from the week in the Virtual Experience’s NAACP Theatre at virtualexperience.naacpimageawards.net.

The NAACP Image Awards honors the accomplishments of people of color in the fields of television, music, literature, and film and also recognizes individuals or groups who promote social justice through creative endeavors.

Founded in 1909 in response to the ongoing violence against Black people around the country, the NAACP (National Association for the Advancement of Colored People) is the largest and most pre-eminent civil rights organization in the nation. We have over 2,200 units and branches across the nation, along with well over 2M activists. Our mission is to secure the political, educational, social, and economic equality of rights in order to eliminate race-based discrimination and ensure the health and well-being of all persons.

NOTE: The Legal Defense Fund – also referred to as the NAACP-LDF was founded in 1940 as a part of the NAACP but separated in 1957 to become a completely separate entity. It is recognized as the nation’s first civil and human rights law organization, and shares our commitment to equal rights.

Following is the complete list of winners for the 52nd NAACP Image Awards:

Outstanding Actor in a Drama Series

Outstanding Actress in a Drama Series

Viola Davis – “How To Get Away With Murder”

Outstanding Actress in a Comedy Series

Outstanding Actress in a Motion Picture

Outstanding Actor in a Motion Picture

Entertainer of the Year

“We’re Better Than This” – Elijah Cummings

“The Age of Phillis” – Honorée Jeffers

“She Was the First!: The Trailblazing Life of Shirley Chisholm” – Katheryn Russell-Brown, Eric Velasquez

“Before the Ever After” – Jacqueline Woodson

Outstanding Directing in a Documentary (Television or Motion Picture)

Keith McQuirter – “By Whatever Means Necessary: The Times of Godfather of Harlem”

Outstanding Writing in a Documentary (Television or Motion Picture)

Special Award – Activist of the Year

Outstanding Writing in a Comedy Series

Outstanding Writing in a Drama Series

Outstanding Writing in a Television Movie or Special

Geri Cole – “The Power of We: A Sesame Street Special”

Outstanding Writing in a Motion Picture

Outstanding Directing in a Comedy Series

Outstanding Directing in a Drama Series

Outstanding Directing in a Television Movie or Special

Outstanding Directing in a Motion Picture

Outstanding Performance in a Short Form

“Between The Scenes” – The Daily Show with Trevor Noah

The New York Times Presents “The Killing of Breonna Taylor”

Outstanding Host in a Reality/Reality Competition, Game Show or Variety (Series or Special) – Individual or Ensemble

Chloe x Halle – “Wonder What She Thinks Of Me”

Outstanding Producer of the Year

“Music From and Inspired By Soul” – Jon Batiste

“Touch from you” – Tamela Mann

“The Return” – The Clark Sisters