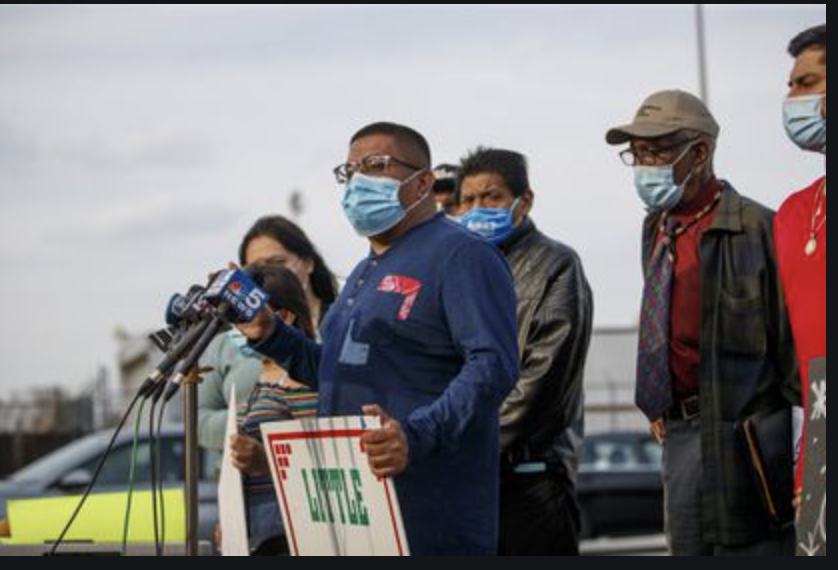 Chicago Mayor Lori Lightfoot is in the hot seat as calls for action against community policing grow.

According to CBS News, A Chicago activist has criticized Lightfoot’s response to police accountability in her delayed release of bodycam footage that revealed a cop fatally shooting thirteen-year-old Adam Toledo in the Little Village section of the city.

The president of the Little Village Community Council, Baltazar Enriquez, expressed that Lightfoot needed to defund the Chicago police and redirect the money to the people. Oddly enough, he only mentioned Brown lives.

“It’s a shame that these police officers, instead of protecting us, are killing us. This is how they treat little village because we’re Mexican and because we’re Brown.”

Before officials released the video to the public, the mayor spoke about overhauling the Chicago Police Department’s foot pursuit policy, CBS News reported.

“These videos and these moments are never easy to bear witness to,” Lightfoot said. “Adam’s death is a forceful reminder that we cannot delay these efforts any longer.”

“It is time to defund the police and it’s time to abolish the police,” he stated.