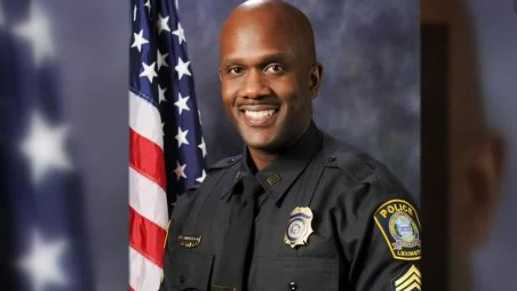 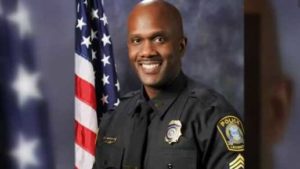 The former Black police officer who was fired for allegedly sharing private information with Black Lives Matter protestors has filed a lawsuit denying the claims.

Jervis Middleton was fired from the Lexington Police Department in February after being accused of sharing private information about some of his fellow officers. However, in a lawsuit filed last month, Middleton says he was terminated due to a culture of racial discrimination that plagues the department, WKYT reports.

“I’ve always said that this is bigger than me,” Middleton told Atlanta Black Star. “I have my issue that I need to be made whole from. But there’s systemic changes that just have to be made, and it’s been there.”

The lawsuit was filed in Lexington, Kentucky, on Friday, April 23. In March, Middleton filed a separate lawsuit appealing his termination. The former officer claims the department repeatedly referred to him as the “token” officer and pet of the police chief.

Middleton was hired to the force in 2007 and rose up the ranks to become a sergeant. He held that position until 2019 when he was demoted back down to patrol officer. Middleton claims his demotion was caused by forces within the department who worked to prevent him from climbing up the ladder.

“When I started in the police agency, my goal was to help make some changes by moving up,” Middleton said. “It’s always harder for black males and females to move up in policing. So you’ve got to be 10 times the best at everything and be sharp. So I did that, started moving up the chain, and animosity came. People started anointing me as the next chief and getting attitudes. So when they had a chance to pounce on me, they did it. And I never really got a chance to even explain to them anything until they had already made up their minds.”

Middleton’s 77-page lawsuit calls out the Lexington Police Department and the Lexington Fayette County Urban Government, which presides over the police department.

“I didn’t grow up wanting to be a cop, it was a calling,” Middleton said. “I didn’t find that out until later in life, but it was. So to be treated the way they treated me also makes me think about how Black males get treated when police have their mind set on accusing someone or charging them. Regardless of what the evidence comes out, they still do it. So if they’re doing it to me, some of these complaints that we hear on the street, they’re definitely doing them.”