Black actors win big at Golden Globes, even without diversity in voting 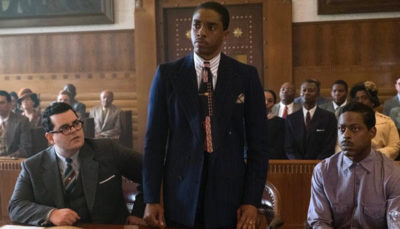 Black talent who won at Sunday night’s Golden Globe awards did so in the face of an incredible lack of diversity from the voting members of the Hollywood Foreign Press Association. THE HFPA is compirised of 87 members, none of whom are black.

Andra Day became the second Black woman to win the Golden Globe for Best Actress after Whoopi Goldberg won for The Color Purple … 35 years ago.

In response to the #TimesUpGlobes callout, the HFPA released the following statement: “We are fully committed to ensuring our membership is reflective of the communities around the world who love film, tv, and the artists inspiring and educating them. We understand that we need to bring in Black members as well as members from other underrepresented backgrounds, and we will immediately work to implement an action plan to achieve these goals as soon as possible.”