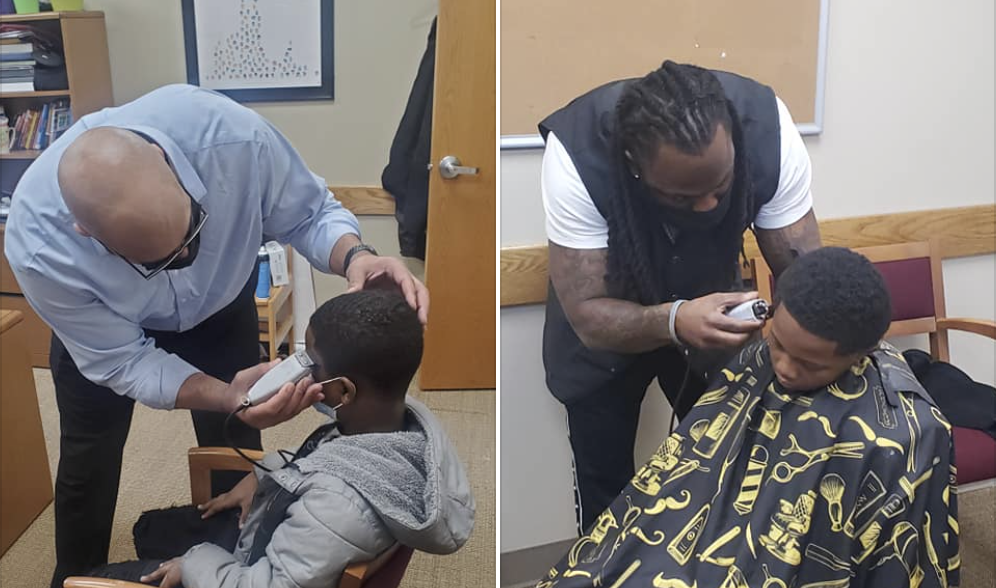 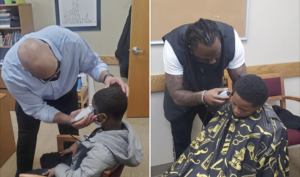 At Stonybrook Intermediate and Middle School in Indianapolis, a middle school principal is redefining leadership at the junior high school he heads with a gesture of kindness.

According to a now-viral Facebook post, a school resource officer shared a photo praising Jason Smith for helping a 13-year-old young man instead of punishing him after the boy refused to remove his hat in class and was sent to the principal’s office on Feb.18.

Officer Lewis Speaks wrote, “This morning, a student refused to take off his hat and go to class, so he was sent to the principal’s office. Instead of putting the child out of school, this is what our principal Mr. Jason Smith did after he had a long talk with the student.”

“And guess what happen after that…..the student thanked the principal, apologized for his behavior, then went to class. The principal could have easily called the child’s parent and put him out of school for the day, but he took time out of his busy schedule to make sure the student was successful completing his first day of school,” he continued.

“Last week, a student had been having a challenging time at school and stated, ‘I hate coming to school without a haircut.’ I casually mentioned this to La Don Allen, and he left the shop he works at and came all the way from the west side to the east side to cut this young man’s hair. These two didn’t do these wonderful gestures for any accolades. They did it because they understand the concept of leadership. A GREAT LEADER ALWAYS recognizes that sometimes it’s necessary to step outside of your comfort zone and daily routine to set others up for success. Thank you, Jason and La Don, for your selfless service to our community.”

This morning a student refused to take off his hat and go to class so he was sent to the principals office. Instead of…

The photo showed Smith cutting the self-conscious teen’s hair after the boy admitted that he didn’t feel confident and didn’t want to be teased. According to the Indy Star, the principal understood the pressures of being a young Black man without a fresh cut.

“He just let me know his parents got him a haircut recently, but he didn’t like how it came out,” Smith said. “I’m assuming he just didn’t want kids to laugh at him.”

The multi-faceted school administrator had plenty of experience with clippers. Ironically, Smith had been cutting hair for years, including his son’s hair. He showed the young man photos, and the student agreed to let the principal bless him with a fresh fade after Smith promised to go home and grab his supplies.

“I came back and lined him up, and he went on to class,” Smith said. “(Cutting hair) ended up being a useful skill.”

The gesture has been so well-received now Smith and Allen will test out giving free haircuts to students at least once a month.

Speaks also said the boys stop by to talk to them daily.